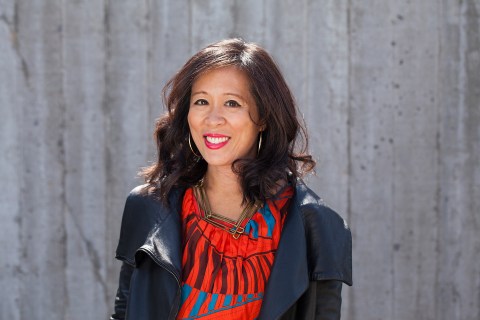 Lisa Ko is the author of The Leavers, which was a 2017 National Book Award for Fiction finalist, won the 2016 PEN/Bellwether Prize for Socially Engaged Fiction, and was a finalist for the 2018 PEN/Hemingway Award and the 2017 Barnes and Noble Discover Great New Writers Award. The Leavers was named a best book of the year by NPR, Entertainment Weekly, BuzzFeed, The Los Angeles Times, Electric Literature, and others. Her writing has appeared in Best American Short Stories 2016, The New York Times, The Believer, BuzzFeed, O. Magazine, and elsewhere. She has been awarded fellowships from the New York Foundation for the Arts, the Lower Manhattan Cultural Council, and the MacDowell Colony, among others. She is a Spring 2020 Shearing Fellow at the Beverly Rogers, Carol C. Black Mountain Institute at the University of Nevada, Las Vegas. Born in Queens and raised in Jersey, she lives in Brooklyn.

The first of my family to be born in the US, I was a good observer and a better spy. My family ran a stand at local flea markets and craft shows, where I learned that inside every piece of so-called junk is the big, beating heart of a secret story. On long Saturday afternoons, as we sold doll clothes and spray-painted wooden teddy bear figurines, I’d listen to my parents talk about the uncle that gambled too much, the friend they called the Boogie King of Flushing, the distant cousin who had a bad marriage and a tragic death. These were stories about people I never saw in the books I’d binge read from the town library, and it’s that younger me, hungry and breathless to see herself on the page, that I write for today.

Growing up in the ’80s as one of the only kids of color in a New Jersey suburb was no joke. A lonely only child, I wrote the community I craved into existence, filling our house up with fictional families, writing their letters, sketching their pictures, and scribbling their lives. I wrote my first book, Magenta Goes to College, when I was five years old, naming the title character after my favorite crayon. I was an outsider and a weirdo – in second grade, my favorite book was about the bubonic plague – and I studied everyone around me until I knew them better than they’d ever know me.

All this time, the city beckoned. Just thirty minutes away, it was where we went to buy Chinese groceries, where I’d been born; the place from where family friends would visit, bringing mix tapes and copies of albums. I played music obsessively, rewound and recorded, listened to the staticky alternative radio station and found another identity at the record store, a tribe of cooler weirdos. When I write now I think of squeezing notes out on my laptop keyboard, turning words into rhythm and melody.

I read all the time, to escape, to dream, but it wasn’t until middle school that I finally found a book with an Asian American protagonist, Bette Bao Lord’s In The Year of the Boar and Jackie Robinson, and when I read it I cried at the peculiarity of recognition, yet I was also chilled, like I’d suddenly been implicated, made too visible, and that was dangerous. It wasn’t until college that I read another book by an Asian writer. I started to devour books by writers of color and questioned why all the stories I wrote were about white characters. I began writing about people who looked like me.

I graduated college and moved to New York City, where I worked in book, magazine, and web publishing. I found my people at last, other writers, artists, and activists. I moved to San Francisco for five crazy years, where I worked for a film production company and helped start an Asian American magazine, then back to New York on my thirtieth birthday so I could finally finish a book. It took me ten years.

Internalized oppression runs deep. When you’re a girl from an immigrant family where financial anxiety is paramount, and your grandparents had third-grade educations, becoming a writer was not encouraged. There were no role models, no path to follow. Who the hell did I think I was? I’d ask myself whenever I tried to write. I should concentrate on my real career, settle down, do what’s expected of me. Stop being such a disappointment.

But luckily, I’m also stubborn as hell. I got into residencies, published short stories. So what if I wasn’t going to publish a book by thirty, or thirty-five, or even forty? I’d worked too long to give up now (though I thought of giving up all the time). David Mura, one of my teachers at VONA, the life-changing workshop for writers of color, once said: “In order to write the book you want to write, you have to become the person you need to be in order to write that book.” To finish my novel, I had to learn how to value myself, to believe in the importance of my work. I had to give myself permission to be myself.

These days, I live in a crappy Brooklyn apartment with my partner. We cook big meals in a tiny kitchen and grow flowers on the roof. Now I spy on my characters, writing to find out what drives them to make the choices they do – the ones that are irrevocable, that change their lives in unexpected ways.

photo by Art Streiber for iBooks